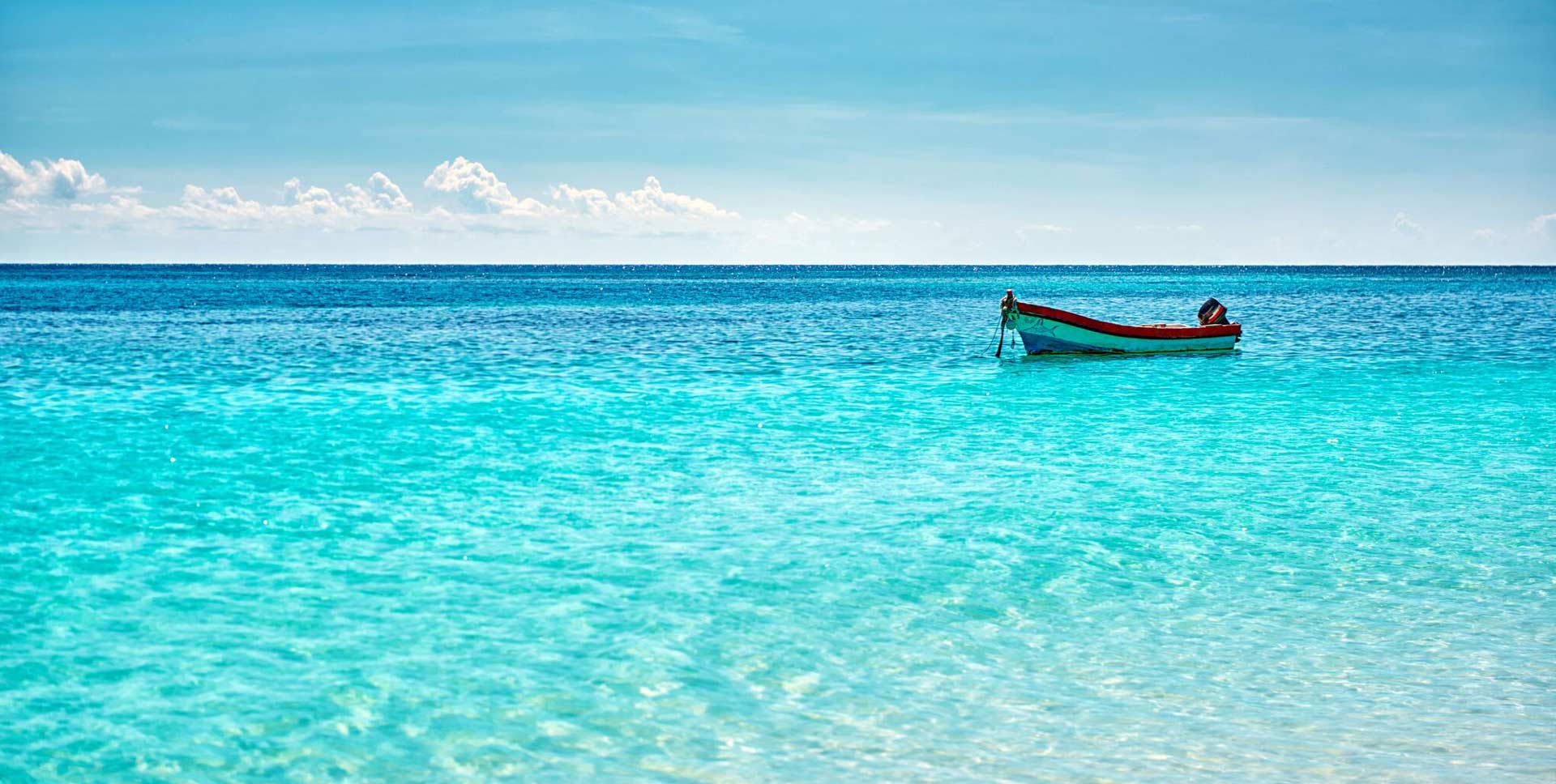 Antigua (pronounced An-tee’ga) and Barbuda are located in the middle of the Leeward Islands in the Eastern Caribbean, roughly 17 degrees north of the equator. To the south are the islands of Montserrat and Guadeloupe, and to the north and west are Nevis, St. Kitts, St. Barts, and St. Martin.

On Antigua, life is a beach. It may seem like a cliché, but this improbably shaped splotch of land is ringed with 365 beaches of the finest white sand, made all the more dramatic by the azure waters, which are so clear they’ll bring a tear to your eye or a giggle to your holiday-hungry throat.

Meanwhile, the locals take the visiting mobs with a dash of grace that always has the backing of an English stiff upper lip should the situation get too dire. The island’s British roots are on display in many ways, but especially when there’s a good cricket test match on. Memories of the old empire, however, are far removed from the island’s beat, which has some of the liveliest steel-drum music in the islands.

Bordered on one side by the gentle waves of the Caribbean Sea and on the other by the rolling Atlantic Ocean, it has a coastline that has made it popular with beach-lovers and sailors alike. 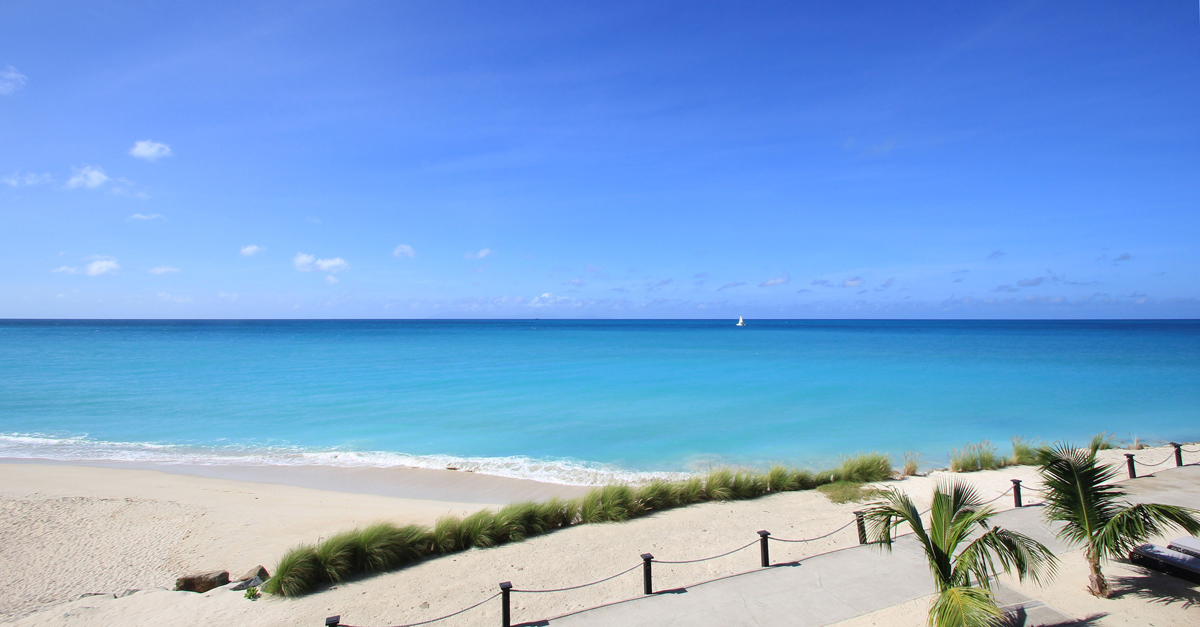 With 365 beaches to choose from, the country boasts that it has one for every day of the year. These range from tiny tucked-away coves to sandy open shorelines, while the island’s jagged inlets, bays and small harbours have given shelter to ships for hundreds of years.

Barbuda is one of those very few islands in the Caribbean that remains–and probably will remain for some time–so undeveloped as to seem positively deserted at times. With the exception of the guests of the island’s small number of accommodations, the population seems largely to consist of the graceful Fregata magnificens, or frigate bird. As the birds possess a marked preference for the northwest lagoon, Barbuda’s seemingly endless white and pink sand beaches are left to the peaceful wanderings of those lucky enough to sojourn here.

Temperatures generally range from the mid-seventies in the winter to the mid-eighties in the summer. Annual rainfall averages only 45 inches, making it the sunniest of the Eastern Caribbean Islands, and the northeast trade winds are nearly constant, flagging only in September. Low humidity year-round. 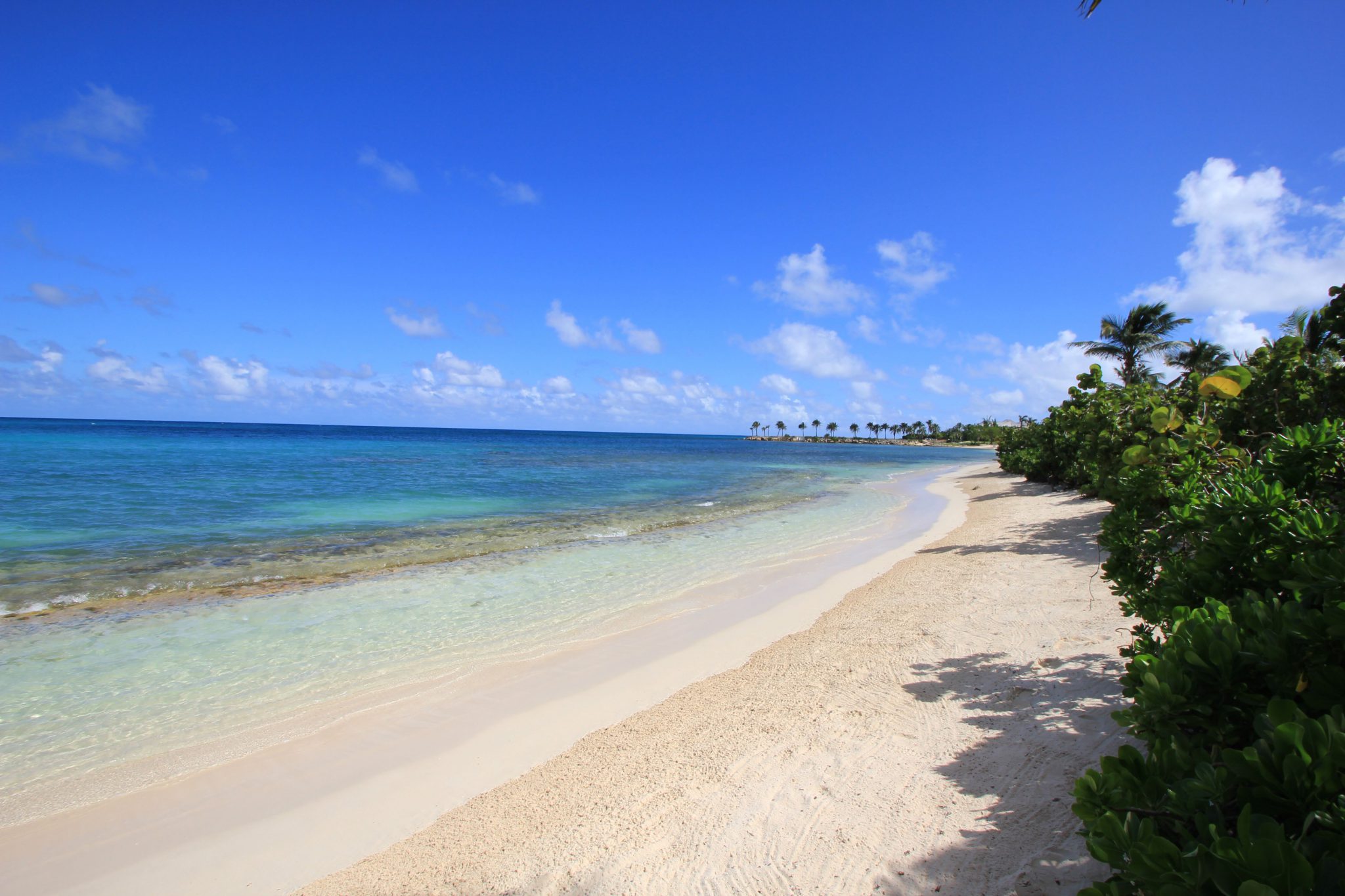 It would be difficult to overestimate the impact on Antigua’s history of the arrival, one fateful day in 1684, of Sir Christopher Codrington. An enterprising man, Codrington had come to Antigua to find out if the island would support the sort of large-scale sugar cultivation that already flourished elsewhere in the Caribbean. His initial efforts proved to be quite successful, and over the next fifty years sugar cultivation on Antigua exploded. By the middle of the 18th century the island was dotted with more than 150 cane-processing windmills–each the focal point of a sizeable plantation. Today almost 100 of these picturesque stone towers remain, although they now serve as houses, bars, restaurants and shops. At Betty’s Hope, Codrington’s original sugar estate, visitors can see a fully-restored sugar mill.

Antigua and Barbuda offer a mix of Caribbean culture, but with a nautical theme. The islands’ sailing heritage has left its mark, which is most noticeable during Antigua’s Sailing Week every April when the whole island gets into party mode.

But it’s music and sport that are the other main influences on the two islands.

Antigua is home to many of the Caribbean’s best steel bands and there are plenty of chances to see them in action, most notably at the Sunday night concerts at Shirley Heights or during the carnival celebrations.

But this isn’t all – there are also calypso bands and limbo dancing for the more athletic and many hotels and resorts put on evening shows which guests can take part in.

When it comes to sporting activities, cricket is the passion here and it is the national game of the islands.
It is played to the highest international standard and has made heroes out of home-grown players Sir Viv Richards and Richie Richardson who both captained the West Indies cricket team.

Check out our villas in Antigua here