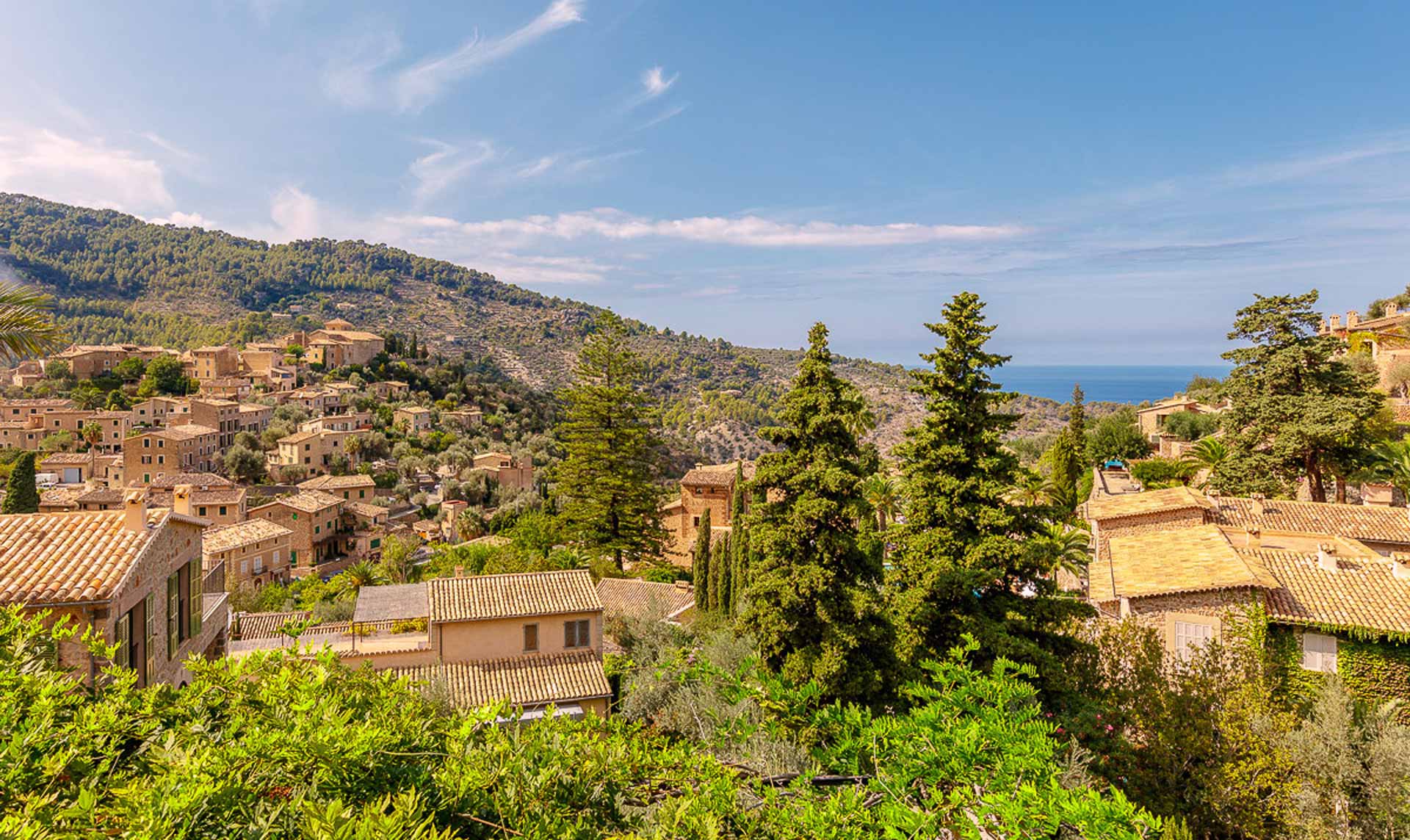 A Brief Guide To Deia, Mallorca

The small village of Deià, on the northwest coast of Mallorca, is one of the most beautiful villages on the island. Nestled at the foot of the Teix mountain, with views across the Mediterranean, Deià has attracted a long list of famous artists, writers and other creative luminaries through the years, including the writer Robert Graves. The critically acclaimed novel, The Lemon Grove (penned by Helen Walsh on 2014) was inspired by, and set in, this naturally inspirational location.  Mallorca’s most treasured mountain village, Deià is also part of an area awarded ‘UNESCO World Heritage Site’ in recognition of its rich blend of nature and culture.

The village’s tranquil, picturesque charm makes it easy to understand why it was chosen as a location for the TV dramatisation of John Le Carré’s novel ‘The Night Manager’.

Early settlers in this area lived in caves in the hillside. In the tenth century, its Arab Rulers created a sophisticated drainage and irrigation system, which is still used today. They also gave the village its name, stemming from ‘ad daia’, meaning hamlet.

Following the crusades, three Roman-Catholic monasteries were built in and around Deià in the early 1200s. One monastery, Miramar was the location of a missionary school founded by famous philosopher Ramón Llull, which aimed to convert North African Muslims to Christianity.

In 1867, the Austrian Archduke Lluis Salvador, arrived in Mallorca, with the intention of producing an encyclopedia on the Balearic islands. Taken by the tranquillity and beauty in the area of Deià and Valldemossa, he bought a large area of land, banned tree felling and hunting within his grounds and began an ongoing process of conservation.

Whilst living at Miramar, Archduke Salvador created many paths, making the area particularly wonderful for walking and hiking. The marks of Salvador and Llull can still be seen today in the remains of the philosopher’s chapel at Miramar, and the palace of Son Marroig, which was restored by the duke.

The English poet and novelist Robert Graves first moved to Deià in the 1930s. To recover from the psychological effects of the Great War.  He left for England at the start of the Spanish Civil War and returned after World War II. Graves kept a family home here until he died in 1985. Famous names who came to visit him include Sir Alec Guinness, Peter Ustinov and Ava Gardner.
Today Robert Graves’ home is a fascinating museum dedicated to preserving his name and his work.

Once relying on growing olives to make a living, today the village of Deià thrives on a new economy based on art, crafts and a relaxed style of tourism.

Things to Do In Deià

The walking and natural beauty in this area is exceptional, as are the striking sea views of the sea and the mountains. There is a small but equally beautiful beach which is well worth a visit.

There are some wonderful bars and restaurants including the Michelin-starred ‘Es Racó d’Es Teix’. Between the restaurants there are several fascinating boutique shops and galleries including a grocery shop that is packed from floor to ceiling with local produce. 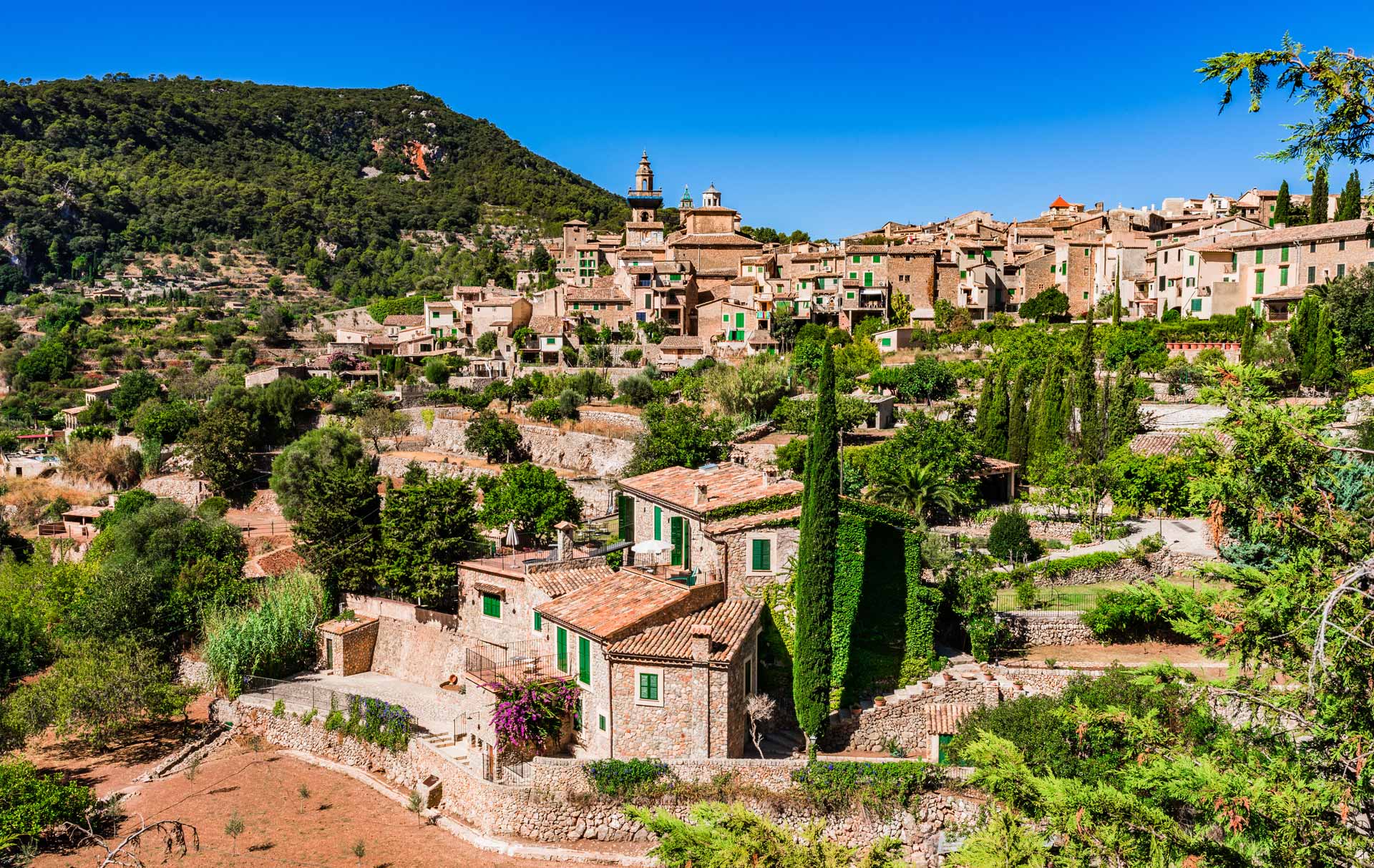 Walking through the village streets is a sheer delight. It is worth taking some time to admire the charm of the old stone houses and charismatic narrow alleyways.

A walk up to the church will unveil Robert Graves final resting place and you can find out more about him in “La Casa De Robert Graves’ a small museum, in his former house, now dedicated to his life

In about half an hour you can walk down to Cala Deià, a small rocky cove and a fine shingle beach. The Cala has two beach restaurants which are renowned for their seafood.

The village plays host to the Deià International Music Festival every summer. The festival runs from the beginning of June right through to the end of September. With a number of concerts take place in Son Marroig, between Deià and Valldemossa. Having grown year on year since it was launched, the festival now attracts an impressive array of international classical orchestras and musicians. 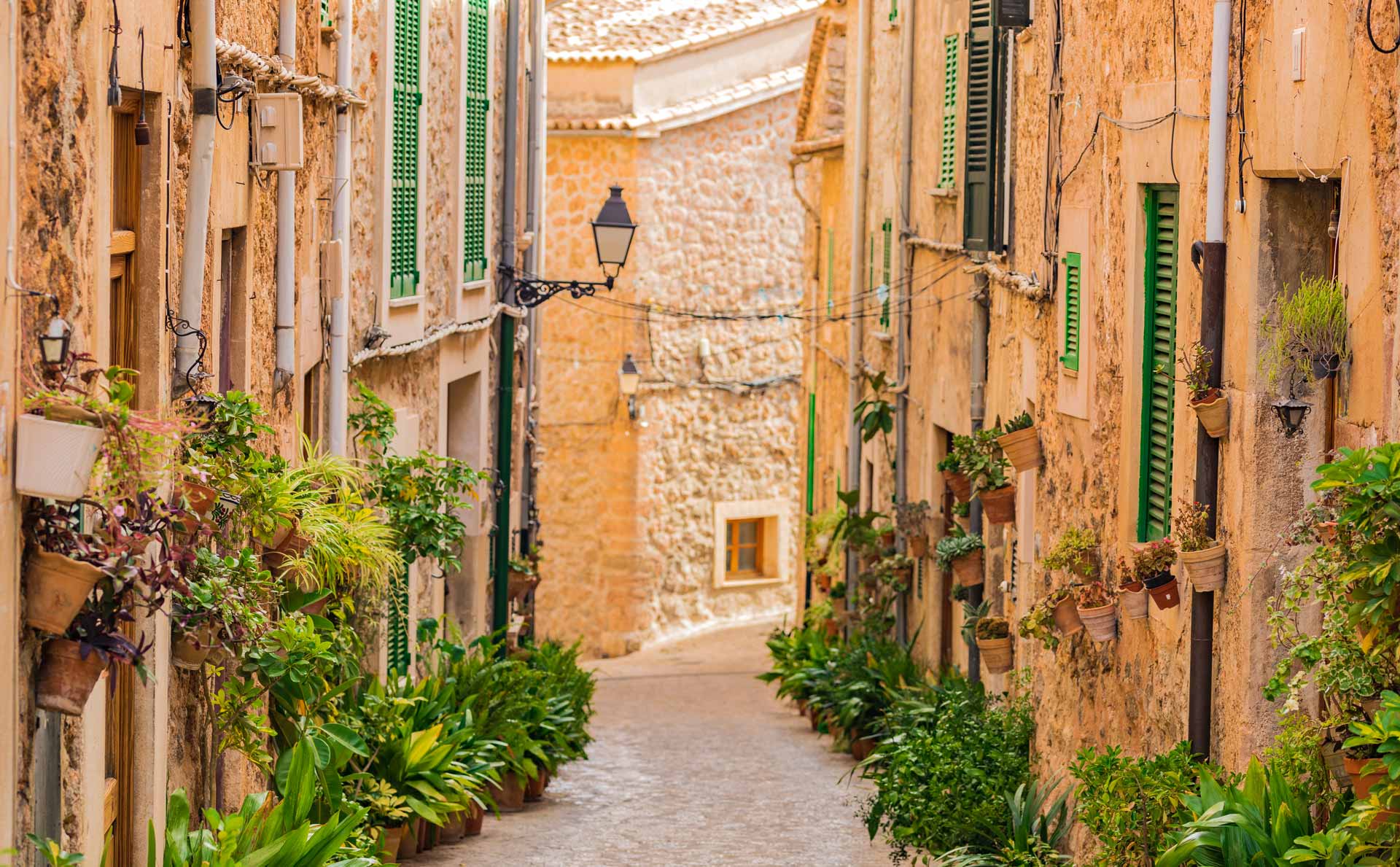 In the autumn the annual Deià Art Festival really brings the village to life. This weekend event features talks and exhibitions which span a wide range of arts, including visual art, literature and music.

The Writers Walk is one of the highlights of the festival, where visitors have the opportunity to listen to ten writers across ten secret locations around the village. Enjoying the beauty of the village and its surroundings as they walk between locations.

Check out our villas in Mallorca